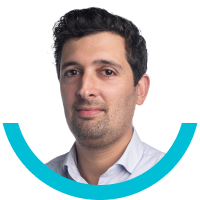 It seems not a week goes by without a headline popping up about some company or other attempting to drag its employees back into the office. Many are learning the hard way that for some of the best talent out there, there is no going back.

I joined Urbantz at the height of the pandemic. As Chief Human Resources Officer, I see evidence daily that a remote workforce can be just as productive, if not more so, working from home.

We were a lean and agile startup when COVID hit, so legacy mindsets and processes hadn’t taken hold. Urbantz already had an international flavour from day one, but we were able to harness and embrace remote working during successive lockdowns and a period of immense growth – doubling and then doubling again in successive years, as any decent scaleup should.

We’re proud of the diversity of our team and I firmly believe that it’s key to our ongoing success. I also believe that positioning ourselves as a remote-first company has helped us recruit and retain some of the very best talent available over the past 18-24 months.

But humans are inherently social creatures. And I believe equally firmly that the bedrock of a successful remote working policy is ensuring that colleagues and coworkers can meet face-to-face a few times a year to forge new relationships and strengthen existing ones.

That’s why it was so important for the whole Urbantz management team to arrange a three-day offsite earlier this summer on the outskirts of sunny Malmedy in Belgium.

Last year it was Lockdown that made arranging our offsite a monumental task. This year, it was travel chaos, with plane and train unions in multiple European countries seemingly conspiring against us through coincidentally co-ordinated strike action.

For some, it was a 10h+ journey to get to Malmedy, but once we had assembled at the wonderfully named Daft Boutique Hotel & Glamping site in the rolling hills just outside the city, things immediately started looking up.

Around half of the 70 or so in attendance were within their first year at Urbantz and meeting colleagues in person for the very first time. For a couple, it was their very first day with the company! We were even able to invite several who were anticipating the beginning of their Urbantz adventure in the weeks after the offsite. What an introduction to the company!

As for the site itself. What can I say? I wish I could take credit for finding it, but that was my wife! A marriage of design and nature, the Daft Hotel is also the site of a famous recording studio used by some of the biggest names in European contemporary music.

Most of us stayed in the tipis that are peppered around the site. I have to admit I had some apprehensions about how the sleeping arrangements would be received, but – aside from the need for thick blankets as the temperature dropped unseasonably low in the early hours – everyone I spoke to seemed to enjoy the setup!

We packed in plenty of activities across three days – from paintballing and electric mountain biking, to hillwalking, yoga and tours of the studio. There was a Kubb tournament that proved as confusing for some as anyone who has mastered the rules of the game would expect! A breakout football tournament. And of course plenty of good food, drinks and fine music in the evenings!

We also hosted our first ever company awards, recognising some of the star performers from across the company with a series of genuine and comedic awards that everyone voted on in the weeks leading up to the event.

Reflecting back on the three days in Malmedy, the thing that stands out the most is how much everyone enjoyed spending some time chatting and bonding face-to-face with the people they see on their screens every day. Those new connections and shared memories have genuine benefits to the workplace.

I’ve heard several anecdotes in the weeks since of people reaching out to colleagues they otherwise wouldn’t have known after meeting offsite to collaborate on projects in fruitful and unexpected ways. After all, Urbantz is growing to the point where it’s becoming hard for any one person to know everyone else who works here. Especially as those watercooler moments often span literal oceans.

It’s amazing what modern technology makes possible in the workplace. But one thing that I’ve noticed certainly is that there’s less small talk on Zoom. It’s straight down to business. And sometimes you need small talk to really appreciate each other.

Technology is great. But equally inspiring is how powerful genuine human connection can be. That’s why I’m already working on plans for our next company gathering. But that’s going to be a conversation for another day!

Would you like to join the Urbantz family? Check out our open positions here

How to launch better digital transformation initiatives i... December 20, 2022

Selecting the best last mile software to invigorate your ... November 24, 2022